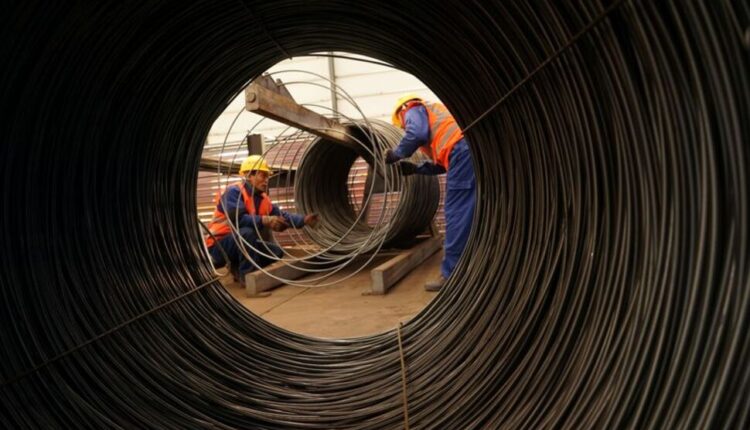 BEIJING  -Profit growth at China’s industrial firms accelerated in the first two months of the year in line with other signs of momentum in the economy, although the outlook is clouded by domestic COVID-19 outbreaks and the war in Ukraine.

Profits rose 5.0% in from a year earlier, up from a 4.2% gain in December, the National Bureau of Statistics said on Sunday.

The growth in January-February was driven by surging profits in the energy and raw materials sectors, thanks to higher prices of commodities such as crude oil and coal. January and February data are typically combined to smooth out distortions from the Lunar New Year holiday, which can fall in either month.

Downstream, monthly profit growth among other industrial firms has been weighed down by high raw material costs, languishing in the single-digits since November.

The slightly faster industrial profit growth was in step with improvement in industrial output, retail sales and fixed-asset investment in January-February, suggesting the impact of recent policy measures were starting to be felt.

Still, challenges have emerged this year including China’s most serious COVID outbreak since early in the pandemic in 2020, driven by the Omicron variant, threatening to disrupt local economies and further chill consumer spending.

Given the coronavirus flare-ups, policies to further ease monetary and fiscal measures can be expected, they said.

Global upheavals such as the war in Ukraine have also created uncertainty over international supply chains and the potential for even higher commodity and energy prices, ultimately weighing on the bottom line of Chinese firms.

Vice Premier Liu He said recently that Beijing will take measures to boost the economy in the first quarter and that monetary policy would be set to support growth.

The finance ministry said on Thursday China will exempt the 3% VAT levied on some small firms, the country’s main source of jobs.