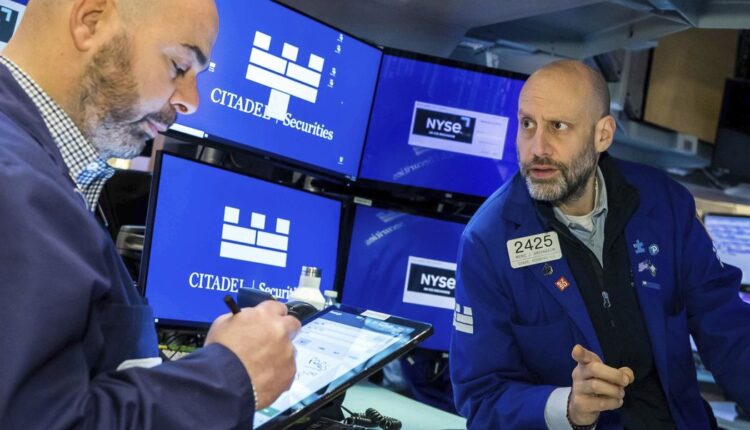 U.S. stocks rebounded for a second consecutive week as investors gained confidence that the economy can withstand the escalating war in Ukraine and the Federal Reserve’s plans to lift interest rates to control inflation.

The S&P 500 climbed 1.8% for the week, extending its gains over the past two weeks to 8.1%, the strongest run since late 2020. The technology-heavy Nasdaq Composite rose 2%, extending its two-week rise to more than 10%. The Dow Jones Industrial Average was up 0.3% for the week.

Still, a renewed surge in bond yields tempered some of the enthusiasm in the stock market Friday.

Forecasters have been predicting that the Federal Reserve will lift interest rates faster than it currently projects to clamp down on inflation that remains at a multidecade high. Economists at banks including Citigroup and Bank of America this week raised the prospect that the central bank will lift rates by half a percentage point at a time, in contrast to this month’s quarter-point increase.

Such forecasts have jolted the government bond market. The yield on the benchmark 10-year Treasury note jumped to 2.491% from 2.340% on Thursday, the highest level in almost three years.

In a sign that investors were ratcheting up their interest-rate expectations, yields on short- and medium-term Treasurys, which are most responsive to Fed policy, were up more than those on longer-term bonds.

The yield on the three-year note climbed to 2.536% from 2.346% on Thursday. Yields on the five- and seven-year notes closed above 2.5%, reflecting growing expectations that the Fed could raise rates as high as 3% next year before lowering them later.

Some investors say that because the recent rebound in the stock market suggests investors are taking rate increases in stride, it may embolden the Fed to act more aggressively in lifting rates.

“An additional rally from here could prove to be self-correcting because it could bring out the possibility of more and larger rate hikes,” said Doug Ramsey, chief investment officer at Leuthold Group.

At the same time, the war has driven concerns about inflation and disruptions to commodity supplies. President Biden said the U.S. will respond if Russia uses chemical weapons and called for the country to be expelled from the Group of 20 industrial and developing nations, spurring fears of further escalation.

“Markets are trying to price something that is basically impossible to price, as part of what’s going on in the world depends on Putin’s thinking, which nobody knows,” said Fahad Kamal, chief investment officer at Kleinwort Hambros. “The longer the conflict lasts, the higher the upside to inflation, the lower the downside to growth. It’s massively, radically uncertain.”

But U.S. companies that are more domestically focused may be shielded from the worst of the war-related ructions. Many of those companies continue to post solid profit outlooks, according to Diane Jaffee, a senior portfolio manager at TCW.

“There’s been some degradation in earnings outlooks, but the revisions have been very modest to date,” she said.

Consumer confidence for March was below economists’ expectations, according to a University of Michigan survey released Friday. The metric has been slipping in recent months as consumers, particularly lower-income households, hold more pessimistic outlooks on the economy.

Here’s How to Use a Home Loan Balance Transfer Calculator to Determine Your Savings!