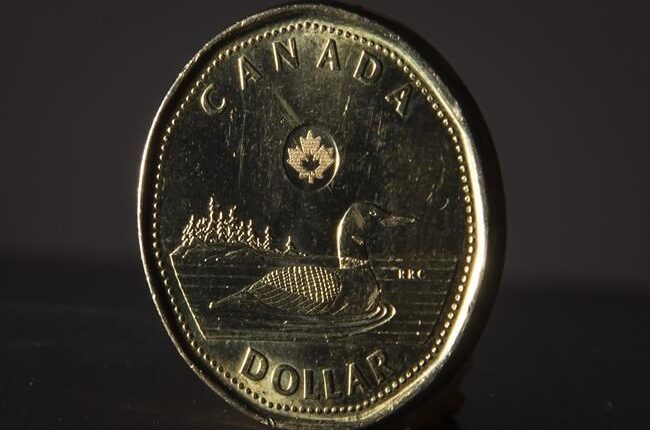 The energy sector gained 2.8 per cent as an attack on a Saudi oil depot caused crude prices to reverse from early losses when there were concerns that EU sanctions on Russian oil weren’t as strong as some wanted.

The Canadian dollar rose to its highest level in two months, trading for 79.99 cents US after moving above 80 cents earlier in the day, and compared with 79.71 cents US on Thursday.

While the loonie can stay above 80 cents to trade between 80 and 85 cents, its value is being held back by concerns that the Canadian housing market “could pop in the next little bit,” said Greg Taylor, chief investment officer of Purpose Investments.

He said stock markets rallied Friday afternoon after a strong move in bond yields to 2.5 per cent for the first time since May 2019 prompted an earlier selloff in tech stocks and general market weakness.

The U.S. Federal Reserve was widely expected to do a series of 25 basis point hikes this year, but observers are now looking at double that increase at the next few meetings.

“And that’s really caused investors to start to worry about whether they’re being too cautious on yields,” Taylor said in an interview.

He said higher yields for 10-year government bonds and lower prices is a big story because investors who diversified by “hiding out in long bonds” are losing money.

And a flattening of the yield curve — the difference between long- and short-duration bonds — is a signal of a coming recession that’s normally negative for equity markets.

“We’ll see how long the equities can sustain this before we see a selloff,” Taylor said.

Europe is probably already in recession and there’s some debate about how long the U.S. can fight the massive move in commodity prices and inflation, he said.

“With the U.S. unemployment so low and the strength of the U.S. economy, it’s hard to see a recession happening this year, but it could be something that creeps into reality sometime in 2023. And that’s something that probably is going to be what the equity markets are going to start to price in the next few months.”

The heavyweight financial sector was up on higher bond yields, but mostly following a sharp selloff Thursday in response to BMO announcing a share offering.

The big winner on the day was health care, which surged 6.9 per cent as cannabis investors hope the U.S. will finally legalize the drug. A bill is to be voted on next week in the U.S. House of Representatives. Tilray Inc. climbed 22 per cent, Aurora Cannabis Inc. increased 10.3 per cent and Canopy Growth Corp. was 9.1 per cent higher.

Four sectors were lower on the day, including materials. It lost ground as metals prices softened.

This report by The Canadian Press was first published March 25, 2022.

The Nasdaq Fell, Bed Bath & Beyond Gained—and What Else Happened in the Stock Market Today

TOP 10 GOOD CRYPTOCURRENCY FORUMS FOR YOU TO JOIN IN 2022