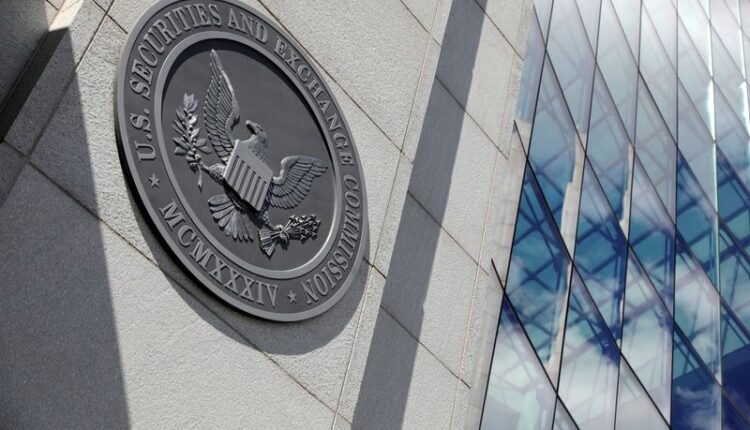 WASHINGTON/NEW YORK  – Wall Street’s regulator is considering changes to stock market rules to increase competition for orders and improve deals for retail investors, according to its top official Gary Gensler and industry executives.

The U.S. Securities and Exchange Commission (SEC) is scrutinizing the practice of payment-for-order-flow (PFOF), in which wholesale market-markers pay brokers like TD Ameritrade, Robinhood (NASDAQ:HOOD) Markets and E*Trade to route retail customer orders to them instead of to exchanges. The SEC review could lead to the biggest shake-up of U.S. equity market rules in over a decade.

Robinhood makes around 75% of its revenue from PFOF. The trading app and others say the practice on average gives retail investors a fractionally better deal than exchanges, allowing them to drop commissions and democratize investing.

Critics say payment for order flow can create conflicts of interest, and also encourages brokers to add video game-like bells and whistles to their apps and websites that prompt investors to trade more, which boosts the broker’s profit but is rarely the best investment strategy. Britain, Canada and Australia have banned PFOF and Gensler suggested in August that the SEC could go that route.

PFOF drew new scrutiny last year when an army of retail investors went on a buying spree of “meme stocks” like GameStop (NYSE:GME) and AMC, squeezing hedge funds that had shorted the shares. Many purchased the shares using commission-free brokers like Robinhood that accept PFOF from a few powerful market-makers.

The largest, Citadel Securities, says it controls 35% to 40% of all U.S. retail order flow. Virtu Financial (NASDAQ:VIRT) controls about 25%, according to an analysis of SEC data by BestEx Research.

The SEC is exploring whether retail brokers are sending PFOF customer orders to the wholesaler paying them the most, rather than the venue that offers the best deal.

“When one party is paying a platform for the order flow, that can be in conflict with a retail customer getting best execution,” SEC chair Gensler said in an interview. “They’re not getting order-by-order competition.”

Some brokers, like Fidelity, say they can get good stock prices for customers and offer free stock trading without accepting PFOF.

A Robinhood spokeswoman pointed to a study by two Massachusetts Institute of Technology professors who found Robinhood customers enjoyed more than $8 billion in price improvements from 2020-2021 thanks to PFOF.

A spokesperson for TD Ameritrade said the current market structure delivers “great outcomes” for investors and the company supports efforts to make it even better.

A PFOF ban is on the table, Gensler told Reuters, but he said the practice is also just a symptom of a broader problem: exchanges are not competing on an equal footing with the off-exchange market, where around 40%-50% of trading takes place.

The national benchmark for measuring the best deal is flawed because it does not include these off-exchange trades, he added.

“Here’s the focus around new market structure rules: How might we promote a more level playing field?,” Gensler said.

The SEC is also mulling making it easier for exchanges to compete with market-makers for orders by allowing exchanges to offer sub-penny pricing, and by changing the definition of “best execution,” said Gensler and other industry executives.

Several executives said they doubted the SEC would actually ban PFOF. Virtu Financial CEO Doug Cifu said his firm would be one of many to challenge such a move in court.

“PFOF and rebates have really fostered incredible innovation and competition in the marketplace,” Cifu told Reuters, adding that if the SEC bans the practice “they are looking at a very long fight.”

He and other industry executives said the SEC should enhance retail brokers’ disclosures so small investors are better informed on the pros and cons of PFOF. Gensler said the SEC was also reviewing disclosures.

“As long as it is transparent and disclosed, I don’t see a conflict,” said Kirsten Wegner, CEO of the Modern Markets Initiative which represents automated trading firms.

Investor advocates support better disclosures and also want to boost exchanges’ competitiveness to improve the reliability of the national pricing benchmark, known as the National Best Bid and Offer (NBBO).

Current “best execution” rules require retail brokers to route customer orders to a venue offering the best price displayed on the exchange, or better, and market-makers typically improve on the best price by a fraction of a cent.

Exchanges cannot offer sub-penny quotes, but the SEC is considering allowing it. It is also mulling a rule, similar to one in Canada, requiring retail brokers to execute orders on an exchange unless the off-exchange price is significantly better, said Dave Lauer, CEO of financial platform Urvin Finance, and one other industry source with knowledge of the SEC’s thinking.

Wholesalers provide a 15% improvement on the NBBO spread, but moving retail flow to exchanges would narrow NBBO spreads by 25%, according to research by Hitesh Mittal, CEO of BestEx Research.

“Institutional investors and market makers would better compete with exchanges for retail flow by narrowing the bid offer spread,” he said.

Ty Gellasch, executive director of investor trade Healthy Markets who has also discussed the issue with the SEC, said he expects the agency to clarify that “best execution” requires brokers to obtain the best available price rather than a fractional price improvement.

“I expect it will say to the industry: ‘you have to give the customers the best prices,'” he said.